Vitamin A is widely used to treat a variety of skin conditions, however, the therapeutic dose is close to the toxic dose in the treatment of these diseases, thereby greatly limiting the clinical application of vitamin A. Chemists have modified the chemical structure of vitamin A and obtained many structural analogues of vitamin A, collectively referred to as “Retinoids”, because they are mainly derivatives of vitamin A acid, which domestic scholars translate as “dimensional A.” acid”. Vitamin A acid (retinoic acid) is an intermediate metabolite of vitamin A in the body, which mainly affects bone growth and epithelial metabolism. It promotes the proliferation of keratinocytes and differentiates keratinocytes, maintaining skin, cornea, upper respiratory tract and genitourinary tract. Normal metabolism of cells. Oral or topical retinoic acid and its derivatives can promote cell differentiation, inhibit keratinization, reduce sebum secretion, block chemical carcinogenesis, enhance the function of encapsulated immunity and free macrophages, and anti-inflammatory, inhibit and kill acne Rod and so on. At present, retinoic acid is the main drug for clinical treatment of abnormal skin keratosis, especially in the treatment of psoriasis.

The first generation (1969-1974) includes retinoic acid, all-trans retinoic acid, isotretinoin, Vitamins, etc., are suitable for severe nodular or polymeric acne, and can also be used for external treatment of ichthyosis, but many adverse reactions, the treatment of psoriasis is not satisfactory.

The second generation (1974-1980) includes acitretin, acitretin, etc., mainly used in Darrier disease (follicular keratosis), red pityriasis, pustular psoriasis Treatment of diseases, erythrodermic psoriasis, ichthyosis, etc. In particular, acitretin can be used orally or externally, and the treatment of psoriasis is effective. Compared with acitretin, the adverse reactions are relatively small, but the curative effect is similar. At present, it is clinically more inclined to replace acitretin with acitretin to treat psoriasis.

2. Isotretinoin (13-cisretinoic acid, saponin, Isotretinoin): good oral absorption, anti-keratinization, inhibition of sebaceous gland differentiation and sebum production, anti-inflammatory, inhibition of skin tissue The role of collagenase synthesis, immune regulation, etc., clinically used to treat severe acne, severe facial seborrhea, psoriasis and some keratotic skin diseases. Among the retinoic acid approved by the FDA, only isotretinoin is effective against acne, and since the FDA approval in 1982, isotretinoin has become the “gold standard” drug for acne treatment. Severe acne, including nodular and cystic acne, can be administered orally with isotretinoin, usually within 8 weeks; mild and moderate acne can be treated with intermittent shock therapy, oral isotretinoin for 1 week, monthly for 1 week , for 6 months. After clinical evaluation, the cure rate was 88%. According to the clinical results of the cooperation between Huashan Hospital, Ruijin Hospital, East China Hospital and Changzheng Hospital, the total effective rate of isotretinoin in the treatment of acne was 98.2%. Evaluation of the efficacy of isotretinoin capsules combined with tanshinone capsules in the treatment of nodular cystic acne in the Department of Dermatology, Zhoushan People’s Hospital, Zhejiang Province. The results showed that isotretinoin capsules combined with tanshinone capsules can improve the efficacy of nodular cystic acne. Shorten the onset time and course of treatment, improve the cure rate, reduce recurrence and adverse reactions, and the total effective rate is up to 90%.

3. Acitretin (eptetate): It inhibits the abnormal proliferation and differentiation of epithelial cells, promotes the normal keratinization process of epithelial tissues, and has keratinolytic action. Oral absorption is good, and long-term use of blood drug accumulation can last for several months. Mainly used for the treatment of erythrodermic psoriasis, pustular psoriasis and other serious psoriasis, congenital erythrodermic ichthyosis, Darrier disease and hair red pityriasis. Acitretin has more adverse reactions and is more serious. At present, there are not many clinical applications!

4. Avi A (ebutate, acitretin, Acitretin): an active metabolite of acitretin in vivo, with strong biological activity and comparable efficacy to acitretin. Oral absorption is good, and the chance of long-term use of blood drug accumulation is small. At present, it is widely used in the clinical treatment of psoriasis. Because of its rapid effect, remarkable effect and relatively small side effects, it is used as a first-line drug for clinical treatment of psoriasis. According to the clinical test results of Huang Zhaowei, Liu Xinting and Liu Xiaoming, the treatment of psoriasis vulgaris with avid A was given at a dose of 20-60 mg/d for 12 weeks, and the effective rate was 84.2%. The clinical effect was significant and the adverse reactions were also more. But not serious enough to tolerate.

5. Vitaminin (Viaminati): a vitamin A ester drug developed by China itself. Its chemical structure is similar to that of all-trans-dimensional A-ester, which promotes epithelial differentiation and growth and inhibits keratinization. Process and so on. It is divided into internal and external dosage forms and is mainly used for the treatment of acne and other keratotic abnormal skin diseases.

6. Tazarotene (acetyl-A acid, Tazarotene): is a novel receptor-selective retinoic acid, mainly used to treat plaque psoriasis. It is commonly used as a topical dosage form (gel), the concentration is 0.05% to 0.1%, the effect is fast, the treatment effect is good, the recurrence rate is low, and the recurrence time is prolonged. Tazarotene is the first receptor-selective, third-generation aromatic retinoic acid drug that selectively binds two retinoic acid receptors (RAR-β; RAR-γ), but not with vitamin A. Acid X receptor (RXR) binding. Clinically safe and effective for the treatment of psoriasis, acne, and for keratosis disorders, hair follicle sebaceous gland disease, precancerous lesions of the skin. According to Liu Xiaohong’s clinical observation on the treatment of 120 cases of flat wart with him, the results showed that the total effective rate was 98.3% after 8 weeks of treatment. The curative effect was exact, safe and reliable, and worthy of clinical promotion.

7. Adapatene: mainly for external use, stable in chemical properties, good in permeability, low in irritancy to the skin for external use, strong acne-dissolving activity and anti-inflammatory effect, commonly used The dosage form is a gel that can be used to treat acne, usually at a concentration of 0.1%. According to Liu Lei and Zhang Yuping’s observation on the efficacy of adapalene in the treatment of mild to moderate acne: the adapalene gel was applied thinly in Huihui, and gently massaged twice a day for four weeks. The effective rate was 91.91%. . It can be seen that adapalene is satisfactory in the treatment of mild to moderate acne and is worthy of promotion. 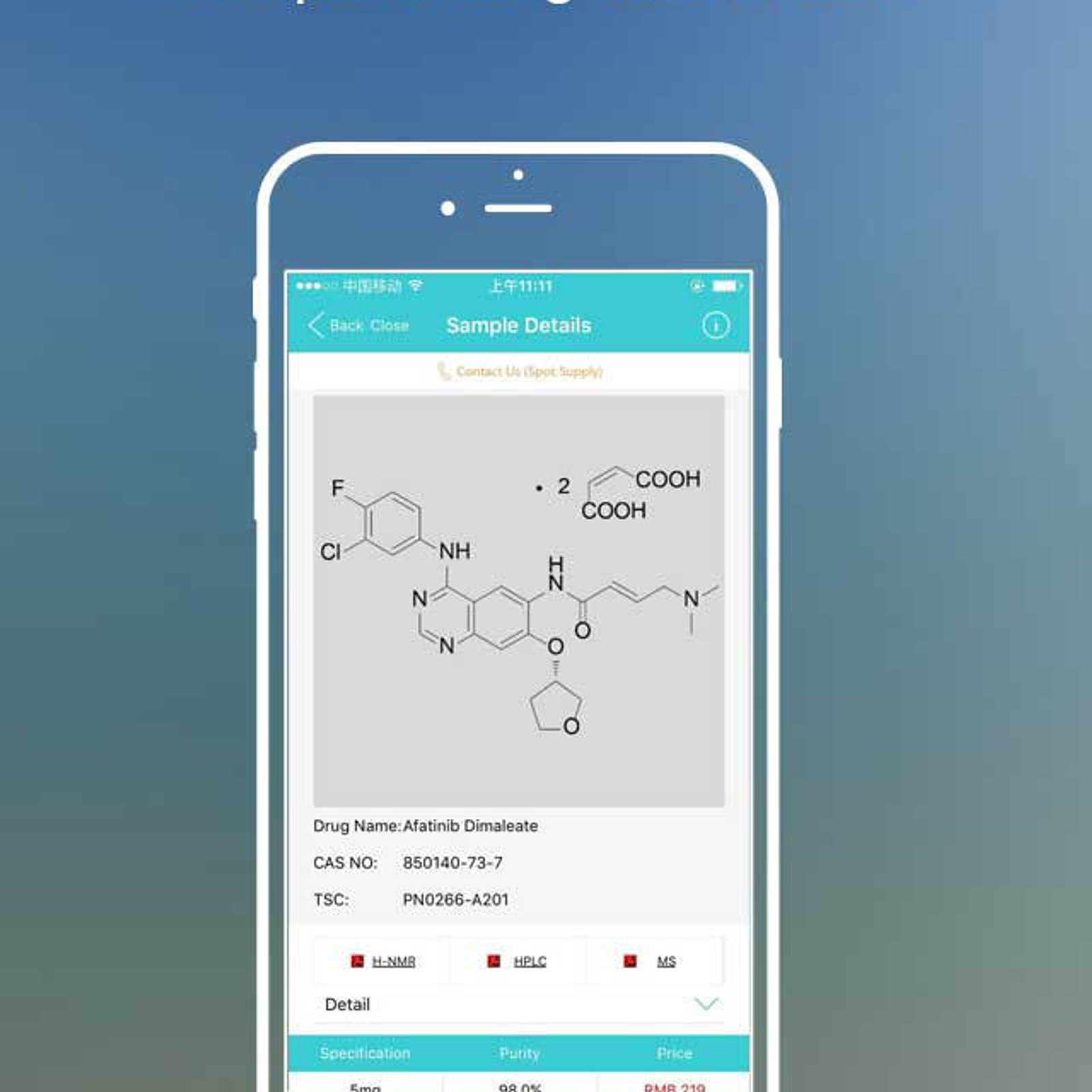 What is the drug for A-acids?

Four, adverse reactions of vitamin A acid and precautions for use

2. The clinical use of oral administration of vitamin A acid can cause congenital malformations in infants, so women taking vitamin A acid are in the longer period before, during and after treatment. Pregnancy should be avoided during the time.

3. After long-term use of vitamin A acid, it is prone to adverse reactions of the central nervous system, such as headache (incidence rate of about 46%), dizziness and other reactions, should be controlled dose or take oryzanol , vitamin B1, vitamin B6 and other drugs, can reduce headache or other reactions. Vitamin A acid drugs should not be used for acute dermatitis and eczema diseases; those with digestive tract and liver and kidney dysfunction should be used with caution.

4. Vitamin A acid drugs should be avoided for thin skin wrinkles, pay attention to the concentration should not be too high (0.3% or less is more suitable), so as not to cause erythema, peeling, burning sensation and micro Pain and other local irritation. If these reactions are mild, treatment can continue. If the reaction is serious, the drug should be discontinued.

6. When taking vitamin A acid, digestive symptoms such as nausea, vomiting, loss of appetite, abdominal pain are also common, and most of the symptoms are gradually reduced after stopping the drug. Vitamin A acid drugs should not be taken together with tetracycline, minocycline and vitamin A to prevent vitamin A accumulation poisoning during drug metabolism.

7. Vitamin A acid drugs affect children’s growth and development, so children should have a radiological monitoring once a year in the long-term high-dose oral administration of retinoic acid.

What is the test for prostatitis?
Carnival Tips for Eating Candy
The Gambling Addiction Recovery Process
How to Treat Empty Nest Syndrome When You Are a Parent