Last week, through the recent hot academic paper, the importance of early cancer screening was popularized. Let’s talk to you more specifically today. Anti-cancer is really a very broad topic. Not only the mechanism is complicated, but also the types are numerous. It can be said that there are many kinds of cells in the human body, and there are many kinds of cancers. The related papers of several million articles per year can be said to be old and old. So although we have a lot of words to say to everyone, but really have to think about it, think about it, or pick the most straightforward angle to open it: What symptoms should be alert .

I really go to the hospital for an examination, naturally I have to listen to the doctor, and our advice is second. In daily life, you need to be responsible for your own body. Therefore, the author believes that the body alarm signal that you should pay attention to every day is more valuable. To say this is not to scare everyone. After all, our readers are all convinced of science, and they all understand that it is not a curse to be sick. The valuable knowledge accumulated in medical research is the strong shield of human health. Gossip less, Let us pull out the top three cancer incidence rates in China and do a good job: lung cancer, stomach cancer and esophageal cancer.

(1) Long-term cough should be alert to lung cancer

Normal colds and coughs may be the most common, but the usual cold usually heals in a week or two. , If coughing is not good for a few weeks, especially if you have no effect on antibiotics, you should pay attention to it. Here’s an extra explanation: if it’s a viral flu (no need to take antibiotics), it usually heals faster, and if a cold causes bronchitis or even pneumonia, then although the course may be longer, in most cases, antibiotics It is effective. And if both are taken up: the course of disease is long, and antibiotics don’t work, it is very noteworthy.

The cough caused by early lung cancer is often paroxysmal cough, feeling cough is not clean, starting with no sputum or a little white sputum, of course, if there is secondary infection, there may be purulent sputum. If the invasion of nearby capillaries may cause hemoptysis, if the trachea is compressed, there may be problems such as “tracheal snoring” (the sound is different when it is coughing or speaking) and “chest tightness and shortness of breath”. In addition to these, lung cancer may also cause chest pain, fever and other symptoms, so in addition to cough, other related respiratory symptoms should also be vigilant. I suggest that the symptoms listed above, If there are one or two, or even more, and not more than one month, it is best to go to the hospital for examination. Now screening lung cancer, usually the most important test is “Low low-dose spiral CT“, some small hospitals may be replaced by ordinary CT, but I recommend, if you do the inspection, try to choose the former. We will write the popular science text for various screenings in the future, and we hope that everyone will continue to pay attention.

In China, the incidence of lung cancer is the highest among all kinds of cancers, so even from a probabilistic perspective, it should be given high priority. Ok, let’s summarize the lung cancer-related symptoms that need to be taken care of:

7.Resistant The treatment effect is not significant

(2) Repeated pain in the upper abdomen, alerting to gastric cancer

The common symptom of gastric cancer is persistent pain in the upper abdomen, or There will also be bloating, heartburn and other stomach upsets. The feeling of stomach pain and bloating is most pronounced after eating. Many people mistakenly think that it is common stomach cramps and indigestion. However, it should be noted that in the case of ordinary stomach pain, in many cases, it will feel better after eating. Tumors in different locations of the stomach also have different symptoms. If you are near the cardia, you may feel difficulty swallowing or having food jamming. If you are near the blood vessels, you may cause blood in the stool or black stool. In addition, there may be other digestive problems such as flatulence, nausea, vomiting, and acid reflux. On the other hand, it is conceivable that the nutrient absorbs the problem and may cause a series of systemic symptoms such as fatigue, sudden weight loss and the like. In summary, early symptoms of gastric cancer are not very typical. According to statistics, about 80% of patients with gastric cancer have symptoms of upper abdominal pain, but other symptoms often vary from person to person, especially Some patients have no symptoms, so once again, regular physical examinations are not just for symptomatic people. And if you have symptoms, the sooner you check, the better.

As we mentioned in the last issue, If gastric cancer can be detected early, survival rate can still be very high, we often hear stories Someone “cut a big stomach and still live well.” Therefore, the early detection of gastric cancer is very valuable.

For early detection of gastric cancer, frontline doctors believe that gastroscopy is still the gold standard, and other detection methods are still inferior to the current development level. Of course, some people may be afraid of gastroscope. In fact, there are painless gastroscopes and painless colonoscopy. In the future, we will also publicize the public knowledge. Summarize the symptoms that need to be vigilant:

1. The upper abdomen continues to be hidden pain, often worse after eating

The esophagus connects the throat and stomach and is a catheter about 25-30 cm long. Under normal circumstances, the esophagus is a relatively smooth and flexible organ. Everything that a person has ever eaten must first pass through this narrow pipe. It is conceivable that if a sputum suddenly appears on such a catheter, then the most likely situation of discomfort is naturally when the food passes by. This discomfort is especially pronounced when swallowing dry, harder foods, and sometimes even coughing. Therefore, the most important feature of esophageal cancer is dys swallowing, swallowing pain, or foreign body sensation. Of course, the symptoms in different parts will be slightly different, close to the upper part of the esophagus , the discomfort will be close to the throat, and if it is close to the middle, it will be post sternal pain Or back pain is dominant, if you are close to lower, there will be belly abdominal pain and abdominal bloating, of course, in most cases, these are swallowing The food is obvious. It should be noted that these early symptoms of esophageal cancer are often not “early”, and there are often no symptoms at an earlier stage. Therefore, those who have conditions recommend regular endoscopy. Summarize the symptoms that need to be vigilant:

3. (when swallowing) chest pain, back pain or abdominal pain 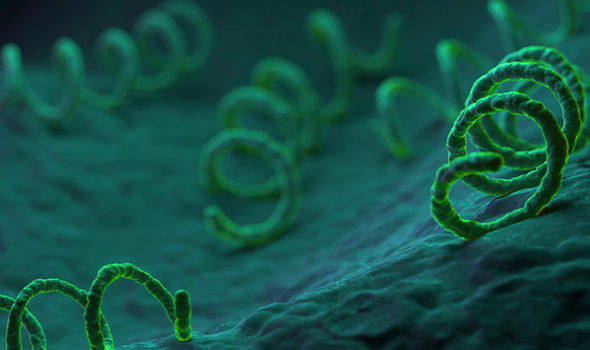 Oe’s text seems to be getting more and more awkward, but Those important words say how many times it is not too much. Again, there are symptoms to check as early as possible, and no symptoms are best check regularly. Because in some cases, there is no symptom in the early stage of cancer, or the symptoms are mild, which is not enough to attract attention. I recommend that older friends do a more comprehensive check every 1-3 years, and now many large hospitals have introduced early cancer screening packages, and if they only want to check individual items, then It is best to let the doctor help you choose.

Another major feature of early cancer symptoms is that there is no specificity, and many other diseases have similar performances. So even if the reader has some of the above symptoms, don’t be too scared, hurry It is good to go to the hospital for an examination. Before the results come out, you still have to relax your mind. In many cases, it is just a false alarm. Statistics still ignore most people.

Welcome everyone to pay attention to our headline number, tomorrow we will continue to update other early cancer symptoms!

DO MA KI SA RA MU, flash it! You, the light can!
How To Build Muscle In A Vegetarian Diet
Trolls and Toxicity: Surviving Online Harassment
3 questions about your relationships