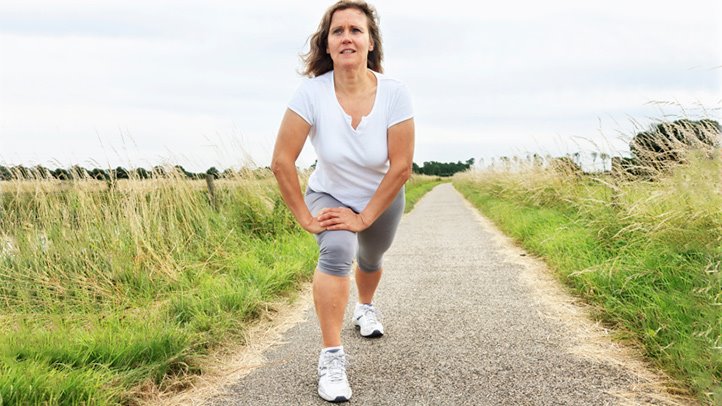 From time to time, I feel that I am a pessimist. In the face of illness, facing life, facing the fate, I always feel that I am poor and unable to walk out of the bustling scenery on the desolate road.

Because of my illness, there is a black hole in my heart, and I always try to fill it. And every posture that is filled hard is a disappointing reincarnation. Struggling in vain and desolate. My soul has nothing to rely on. My disappointment with myself is too much to say.

I am waiting for the ferry. I know that when I have to be calm, I don’t know how to calm down. After a long time, I gradually got used to a few words, gradually began to close myself.

In fact, I have tried many changes, such as making friends, such as joining a group chat. When I was a teenager, I joined seven people at the same time. In the process of giving time to the reading, I and everyone, in the sea of ​​people, met in a vast and trivial way, shared life, discussed the condition, regretted the final character, and waited until the dust was blown out, always ending safely.

In 2014, the patient Liao Wei once again chatted with me about the WeChat group she joined. She talked about her “male god” and talked about the love of the WeChat family. The style is humorous and fascinating. Let me because Curious, and joined the team that she called the enemy of diabetes.

How many exchange platforms have I joined? I can’t count, 23 years of sugar age, some numbness. At that time, I looked at the greetings and welcomes from the group, but suddenly it was a little warm. It seems that I have been waiting.

In the group for more than a year, I rarely spoke. The president of Yang Lijun who added me to the group will occasionally chat with me. I always stupidly in front of the screen. The president, the president who is tall in my heart, will actually talk to me actively. My heart is awkward, right. His attention is not clear.

The chat time is actually very short, I listen, the president said.

He said that he likes to watch everyone smile and describe life, and is willing to pay attention to the changes in the hearts of every friend in the group; he said that even if he is suffering, even if it is more than a few years, even if I always feel that I am being The sorrow was abandoned and was thrown into an empty hopelessness. He also believed that after the fireworks burned the city, he stepped on the thorns and reborn. He said that there is no fairness in life, no justice, no reason. It can be said that there is no, and there is no future, so the only wish is to wish everyone good luck.

However, even if you look at the good fortune, you will occasionally hit us. It will sooner or later walk away. Therefore, I hope that the quality of each patient is optimistic and courageous. In addition to optimism and courage, there is no choice; he said, dare to face the darkness and light in his heart, to fight against the world in a persistent and grateful way, to affirm his own strength. In constant injury and constant pain, we constantly learn to be mature and steady, restrain our pain, protect ourselves, and take responsibility. Take the wind and waves, and sail the sea.

At that time, the whole world was falling with light rain, and the time was quietly hovering outside the window. The president’s chat revolves around the beam and whirls.

On December 31, 2014, my kidney disease worsened. I have been suffering from diabetes after 23 years of sugar age. I was stubborn because I was diagnosed with diabetes. I refused the doctor to let me have a kidney puncture. Suggestions for determining the cause. (I also use my actual situation here to remind the patients, sometimes our kidney disease may not be caused by diabetes, the examination must be done to determine the cause of the follow-up treatment program has a crucial role)

In the past 8 years, when I have problems with kidneys, I regularly take medication to control my blood sugar on a regular basis, but I still can’t escape the consequences of kidney failure.

On December 31st, the final inspection of Sichuan Huaxi Hospital concluded that I belong to primary nephropathy, not diabetic nephropathy. For the past eight years, my treatment plan has been completely wrong because of my stupidity.

In the hospital that day, 469 creatinine (kidney function index), everything, like the end of the world after the flood, I vainly holding a lot of useless, unwilling, collapsed, cold tears pour.

I am eager to find someone to marry me, and I need someone to comfort me. I am lying alone in a hospital bed 450 kilometers away from home, annoyed, panicked, and overwhelmed.

The president’s message arrived at such a moment, simple greetings, wishing well.

On that day, I had a conversation with the president and I didn’t even know what I was talking about. Just remember that the president inspired me with his sister’s personal experience. Concerned about the president of my mobile phone screen, you will not believe, I cried while typing. After a while, I was already crying, and I couldn’t play the word.

Why are there so many tears?

On that day, those uneasiness and cowardice attached to me, because of the president’s greetings, excessive silence, declining life, subtle and rapid.

My heart is good, my body will have hope.

I think that these occasional hard feelings are mostly caused by physical misconduct and mentality. There will always be a lot of brokenness and weakness, as if there is no tomorrow. But everything seems to be less complicated. Every time I go to the west, every time I go to the cusp, I am panicked by illness, and I am disappointed, discouraged, frustrated and stopped. When I feel warm, I feel peace of mind. The sky is dark, the president and the enemy of diabetes is light.

On June 9th, 2015, I was seen in the dark because of the information sent by the public of the Diabetes Enemy, “The first case of islet transplantation after pediatric liver transplantation was completed in Tianjin.” For half a month, I was inquired about the related surgery but there was no result. On June 23, under the ridiculous rogue, I tried to contact the president, and through the president, I contacted the “Tianjin boss” Yang Lan. I am eager to get more relevant information, which can help me correctly judge the feasibility of surgery.

In fact, just try to contact them. In the first half of the month, I found a friend, contacted a doctor, and called myself. The doctors stayed on the Internet and consulted. I think these time-consuming things are so busy, they don’t necessarily have time, and I don’t know much about Yang Lan and I don’t know. I even think that even adding his WeChat is a luxury.

I didn’t think that President Yang listened to my inquiry and asked me to ask for information. After learning about this, Yang Lan’s brother immediately added me. In the evening, I contacted the doctor and helped me pass the medical record to the medical team. On June 24th, the relevant reports in all newspapers, the movements of the patients learned by the patient, the video of the operation information, and the contact information of the surgeons were all passed to me by Yang Lan.

Where are they transmitting information about the surgery, they are carrying on the life!

After contacting the professor at Tianjin First Central Hospital, I have been watching the vast sky, from the twilight cool, step by step, to dawn.

I suddenly felt that I was very rich, and I finally understood the original intention of the president to establish a platform for diabetes, and I felt the strength of the team.

I saw the real warmth of this fireworks, and I was able to bloom in a place close to me. The pessimism and hopelessness of those nights,

The silence and inferiority of the past are gradually falling off, as if there is no trace of dreams.

This world may be heaven or hell. It all depends on our mentality.

People in this life, talents, customs, fame and fortune, bones and vitality, cultivation and maintenance, emotional barriers, illness, and customs are difficult.

In this way, I don’t know who is guarding the situation, either strong or out of order.

In the time of circulation, we only have to work hard to adjust ourselves.

We can’t go beyond time and space, see the scenery across the bank, and put the fate for us, and see it in one plate.

But I believe that God has seen us turn around in the pursuit of life and do our best to make unremitting efforts.

So, the sky after the snow, there must be a pale blue, and the eyes splashed.

At this moment, I have always carried forward my own life, with the help of many friends of the enemy of diabetes, and once again tried to get some kind of rebirth, happiness and laughter with a starting attitude. .

A smile every day: my cup lid can't be opened!
Doctors who support, promote and suggest only one type of diet
Guidelines for improving health
Viva La Romance! Bringing the Romantic Return to your relationship